Ever been at the epic conference keynote or event and took a huge amount of pictures? Slides, speakers, audience? Did you later cry about all the mess in your gallery? Our challenge was to solve it. 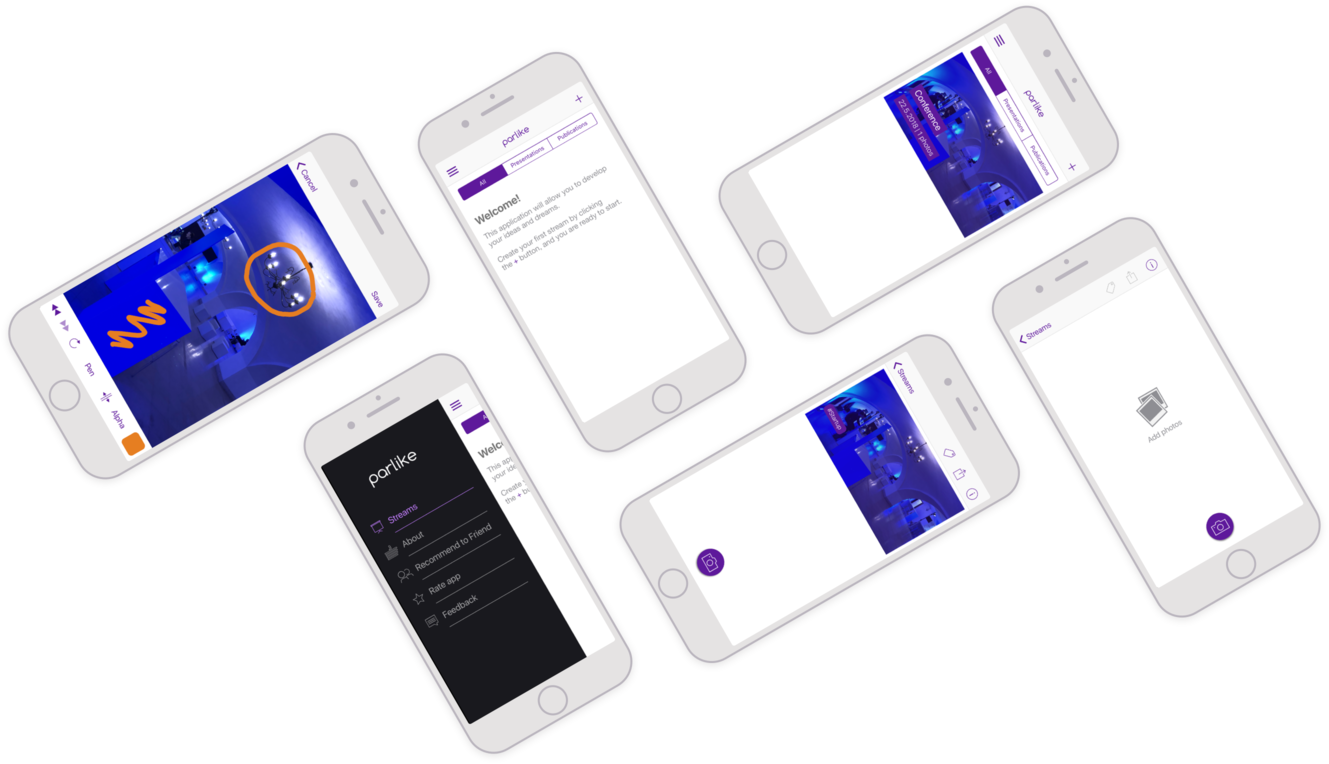 We had to develop a mobile app which allows users to take streams of photos and organise them later. In addition, users can also add custom markup with highlighting important parts of photos as well as adding textual overlays.

Mobile application for iOS keeps all data stored privately on user’s device. Intentionally, it does not have any cloud synchronization - the application is meant for the users who do not want to share all their photos and notes to cloud.

The solution consists of development of native mobile application for iOS with access to camera and photo gallery which allows quick organisation of photos into streams. Photos can be organised using titles and marked with tags.

Mobile application allows user to take photos (in a very fast way one after another) and store these photos directly to streams.

Taken photos can be easily organised using title and tags. Every photo can be adjusted by adding custom markup or textual overlays with notes.

Mobile application is intentionally not using any cloud or other solution to store taken photos on any server. User data privacy is important and all the taken photos as well as notes are kept in a local storage on device only.

We start with the formulation of User Stories which express what the user will be able to do and which actions he will be able to perform in the application. Then we continue with the creation of User Interaction Diagram where we assign individual User Stories to app screens or system components. The final result of user experience analysis is Low Fidelity Prototype which clearly denotes from which user interface components every screen consists.

The design is a soul of an app and with a clear idea about user experience of the application, we can focus on this next task. Being based on a thoughtful UX, the design defines if the application will be accepted or rejected by its target group.

Our client created and provided us with the design for application.

The main technical challenge in this project was to create simple editor for markup and text used on photos. Another (less challenging, but equally important) step was to optimize the photos listing for high performance.

Photos shown in streams are cached in the device memory (RAM) for high performance. Result of such step is a smooth scrolling even on older iPhones.

The result of development is a native mobile application for iOS running on iPhone. The application allows users to create streams and assign or take photos to them. Every photo can be organized by adding title or tags.

All data are kept locally on user’s device in order to achieve local privacy. Photos in streams can be adjusted with comments or custom markup. Resulting photos can be exported with notes and markup.

I want a similar app! Orbit Klub German with Moritz
Back to Top